This morning, when I visited the warehouse, Akalla was breaking the seal on a chest full of luxury goods-among them some jars of unguent imported from the western deserts of Meluhha. I took one home with me and opened it in the privacy of my bedchamber. Released from its stone container, the rich, oily perfume awoke a rush of memories.

Once again I breathed the fragrance of oleander, growing high up in a desolate hill pass. I heard the throbbing of the skin drums, the wistful music of the reed-pipes; and the shrill voice of the desert wind, crying across the parched, dun-coloured plain. But underneath the scent of spice and sun and flowers there was a hint of something darker, muskier-a cloying, sweet-sour odour of the swamp. And there rose in my mind's eye a vision of the great Meluhhan capitals, those once-noble cities of the plains. I saw them crouched behind their crumbling walls like enormous stricken animals, choking on their own poisoned breath.

Already it is the month of Nisan. The floodwaters are rising, and another year is almost over. I have lived long; have, I believed, sinned no worse than other men; have suffered much, and have received many blessings from the gods. It is, at this moment, as though I am standing on a high terrace, from which it is possible to look down upon my life's beginning, and on its end.

And so, in this city of Ur, in the reign of the great king Rim-Sin of Larsa, I, the merchant-captain Rujik, set down my history-having instructed my storekeeper to lay in a great quantity of clay.

Winter on the Plain of Ghosts

Archaeological evidence tells us that when the Indo-Europeans arrived, the Indus Valley cities were already dying. The invasion from the northwest, as described in the Rig Veda (if indeed it was an invasion) was simply one more event in a long process of decay. Many causes have been suggested—changes in the climatic conditions, a shift in the course of the Indus River, overgrazing, stripping of the forest cover, tectonic uplifting of the sea-coast, mud volcanoes. What is generally agreed is that some change took place which upset the delicate balance — ecological, sociological and economic — that holds a civilization together. This book presents a few of the possibilities.

Purchase Winter on the Plain of Ghosts on Amazon.com or from abebooks.com

"Kernaghan succeeds in powerfully evoking a distant past that is both strangely familiar and disquietingly alien." = Claude Lalumière, Locus Online Best SF and Fantasy Books of 2004 "A surprisingly effective historical novel/fantasy that takes place in the Indus River valley before the time described in the Rig-Veda. Nuanced, intriguing in theme, and balanced in its application of historical research." = BiblioTravel "Using her wonderful ability to paint with the English language, Kernaghan creates a richly textured, vibrantly realized canvas of despair, poverty, hope, redemption and ultimately social upheaval." - Yet Another Book Review Site "Kernaghan takes (a) somewhat abstract historical notion - the reasons why an entire civilization would disintegrate - and works narrative magic" - Challenging Destiny "Winter on the Plain of Ghosts is the very highest form of speculation, filling in with believable possibilities where no actual knowledge exists." - The Historical Novels Review November 2004 Winter on the Plain of Ghosts may be the only historical fantasy novel that's ever been written about the ancient city of Mohenjo-daro ... This strange, atmospheric setting with its unfamiliar culture makes an entirely fascinating backdrop to a strong narrative." - Donna McMahon, SFSite Read the interview with Eileen Kernaghan at Strange Horizons Read the interview with Eileen Kernaghan at Challenging Destiny 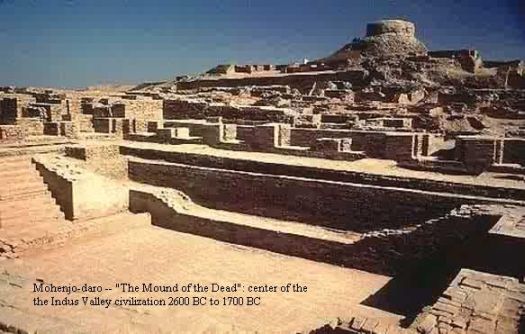