TALES FROM THE HOLOGRAPH WOODS 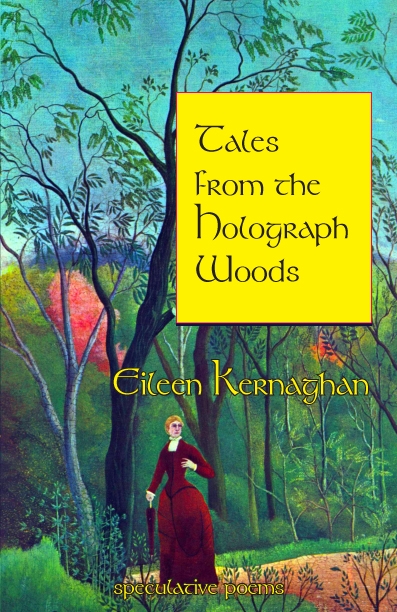 This new collection of speculative poetry looks back over thirty-five years of poems appearing in magazines and anthologies that range from PRISM international and The Antigonish Review to Weird Tales and Black Lotus.

Tales From the Holographic Woods Homepage

WINTER ON THE PLAIN OF GHOSTS

An epic fantasy set in India before recorded history, Winter on the Plain of Ghosts: a novel of Mohenjo-daro

explores a world lost in antiquity, and an unsolved mystery. The collapse of the Indus valley civilization is one of the great unanswered questions of archaeology. Winter on the Plain of Ghosts Homepage

In this reworking of the Andersen fairy tale, the magical worlds of Saami shamanism and the Kalevala coexist with the polite Victorian society of nineteenth century Scandinavia. At a time when traditional faith is challenged by modern science, the old pagan gods still haunt the northern forests.

Winner of an Aurora Award for best Canadian speculative novel.

DANCE OF THE SNOW DRAGON

Set in eighteenth century Bhutan, Dance of the Snow Dragon is based on Tibetan Buddhist accounts of the mystical journey to Shambhala, beyond the farthest snow peaks. The young monk Sangay travels with his companion, the Bon sorceress Jatsang, through a magical Himalayan landscape, encountering bandits, demons, sages and magicians.

Before he can discover his true destiny, he must battle a barbarian army laying siege to a dying king.

Dance of the Snow Dragon Homepage

It's 1914. Sixteen year old Sophie Pritchard, orphaned two years earlier by the sinking of the SS Titanic, is about to begin a new life in the unfamiliar world of British India. For Sophie, still devastated by her parents' death, India proves a dangerously unsettling environment. Are her terrifying experiences in Kali's temple and the Park Street cemetery hallucinations, or has she somehow been drawn back through the centuries as a witness to dark places in Calcutta's past?

Sophie it seems has become an unwilling traveler in a timeless zone where past, present and future co-exist. Kidnapping, enemy spies, and terrorist plots all play their part against the background of a world at war and growing unrest in the Indian subcontinent. Soon Sophie's powers of precognition will be called upon to help thwart a conspiracy that could incite a bloodbath in Calcutta, and deliver India into enemy hands.

Shortlisted for the 2015 BC Book Prizes (Sheila Egoff Award)

Wild Talent: a novel of the supernatural

The year is 1888. Jeannie Guthrie, a sixteen year old Scottish farmworker, is possessed of a mysterious "wild talent". Convinced that she has unintentionally killed her ne'er-do-well cousin George, Jeannie flees to the anonymity of London. There she is befriended by the free-spirited Alexandra David, and introduced to Madame Helena Blavatsky's famous salon. Drawn reluctantly into the world of the occult, and seemingly haunted by her cousin's vengeful ghost, Jeannie must learn to control her dangerous talent in order to survive.

We follow Jeannie and Alexandra as they travel from the late Victorian world of spiritualists and theosophists to the fin de siècle Paris of artists, anarchists and esoteric cults; and finally to the perilous country of the Beyond. 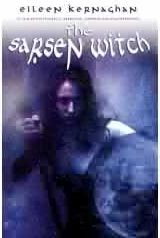 My historical fantasy novel The Sarsen Witch, the third book in the "Grey Isles" series, is back in print. Shortlisted for an Aurora Award in 1990, it's a tale of earth-magic, megaliths and high adventure in the bronze-age world of the Wessex warrior-chieftains. This new edition of The Sarsen Witch was released by the Juno Books imprint of Wildside Press in January 2008.

The year is 1587. Queen Elizabeth is on the throne of  England, and the country is on the brink of war with Spain. In a world of Renaissance magic, dire portents and dangerous secrets, eighteen year old Sidonie Quince has inherited the ability to foresee the future. Sidonie, whose true interest is in the rational world of mathematics, is frightened by her powers of  vision, knowing that they brought about her mother's death.